Accord members in LBG vote YES to 2023 pay proposals

This year, Accord's Equality Diversity & Inclusion group felt it was time for the union to promote the good work of LGBT+ trade unionist - both inside our own union and further beyond.

We know it's important for us to have role models to inspire, educate and encourage those that may not ordinarily wish to be seen in the spotlight. Accord is an inclusive union, and represents members from diverse backgrounds. We caught up with Claire Mullaly, an active trade unionist with the Prospect union (a union for professionals, engineers and civil servants).

So, tell us a bit about yourself Claire.

My pronouns are she/her. I work as a technology engineer and have been an active trade unionist with Prospect union for over ten years. I was the Prospect Union branch secretary of BT Northern Ireland for six years and a member of the union’s Equal Opportunities Advisory Committee for five years. As well as working and trade union activism, I returned to university part-time to study politics and film.

You've been pretty active then. What got you interested in equality matters, and more specifically LGBT+ rights?

Growing up in Northern Ireland, LGBT+ rights always lagged behind the rest of the UK. In fact, the first same-sex marriage didn’t happen in Northern Ireland until 2020 (compared to 2014 in the rest of the UK). It wasn’t only the lack of progress on rights, it was decades of politicians casually using degrading homophobic, biphobic and transphobic language to disenfranchise LGBT+ people and deny them of equal treatment and respect.

As a gay woman, I knew this had to change. We should all have the right to live openly and authentically with our rights respected and our identities valued and celebrated. It meant that we had to reclaim our places in history, fight for representation and continue the protest that is annual Pride events.

What are pronouns? We use pronouns in every day speech and writing to refer to someone without using their name. We frequently use them without thinking about it, and in English they often imply a gender - he/him, she/her. By asking what someone's preferred pronouns are, we can offer respect to someone's identity and avoid misgendering. We can also ask if they would prefer a gender-neutral pronoun such as they/them.

Who inspired you to become active in your union?

A former President of the Prospect union, Denise McGuire, was on a visit to Belfast and visited my BT workplace to talk to union members. We talked one-on-one about the changes we’d like to see in the workplace and wider society and how a trade union can help bring about these changes. After talking to Denise, I knew I needed to be more involved and I was encouraged to do so. She guided me through accessing trade union training courses and even made sure that I attended the Trade Union Congress in 2017 to put forward a motion on delivering equal marriage in Northern Ireland (which passed unanimously).

That's great! Sometimes we need a little push in the right direction. You're now on the TUC's LGBT+ committee too. Tell us a little about that.

Yes, I’ve been a member of the TUC LGBT+ committee for the last 4 years now. The TUC represents six million workers in the UK. The TUC LGBT+ committee consists of around 20-30 people who are nominated by their unions to work together with the TUC to advance LGBT+ equality and the rights of LGBT+ workers. When I attended my first TUC LGBT+ conference as a delegate, it felt unbelievably empowering. Conference was energising and I felt inspired, with an immense sense of solidarity with likeminded trade union activists from all over the UK. I went on to attend a TUC LGBT+ leadership school and following that, I got nominated by my union and elected each year to the TUC LGBT+ committee.

It's been quite some time since Accord had representation on the LGBT+ committee. Tell us what are some of the key priorities right now?

The TUC LGBT+ committee works on motions that TUC LGBT+ conference votes on. So, this year we're working on areas such as Black Lives Matter, the unequal impact of Covid-19 on LGBT+ workers, trans and non-binary rights including demanding change to the Gender Recognition Act, intersex rights, international LGBT+ rights and the rise of the far right and much more. There's a lot for us to do right now.

That is a big agenda! As a final thought, what words of encouragement would you offer to LGBT+ workers who aren't in a union?

It’s possible through collective action and by organising together as workers to challenge prejudice and overcome all forms of hate and inequality. On your own, you are a lone voice. In a trade union, you are one of six million UK workers fighting for a better world. You can't beat the maths - we're stronger together!

Claire has written a blog post for Prospect on the importance of LGBT+ history month which is well worth a read and you can also read Claire's tips on being a Trans ally.

An interview with Accord rep, Simon Whittaker. Considering what inspires him, and why he's interested in progressing LGBT+ rights. Part of Accord's… 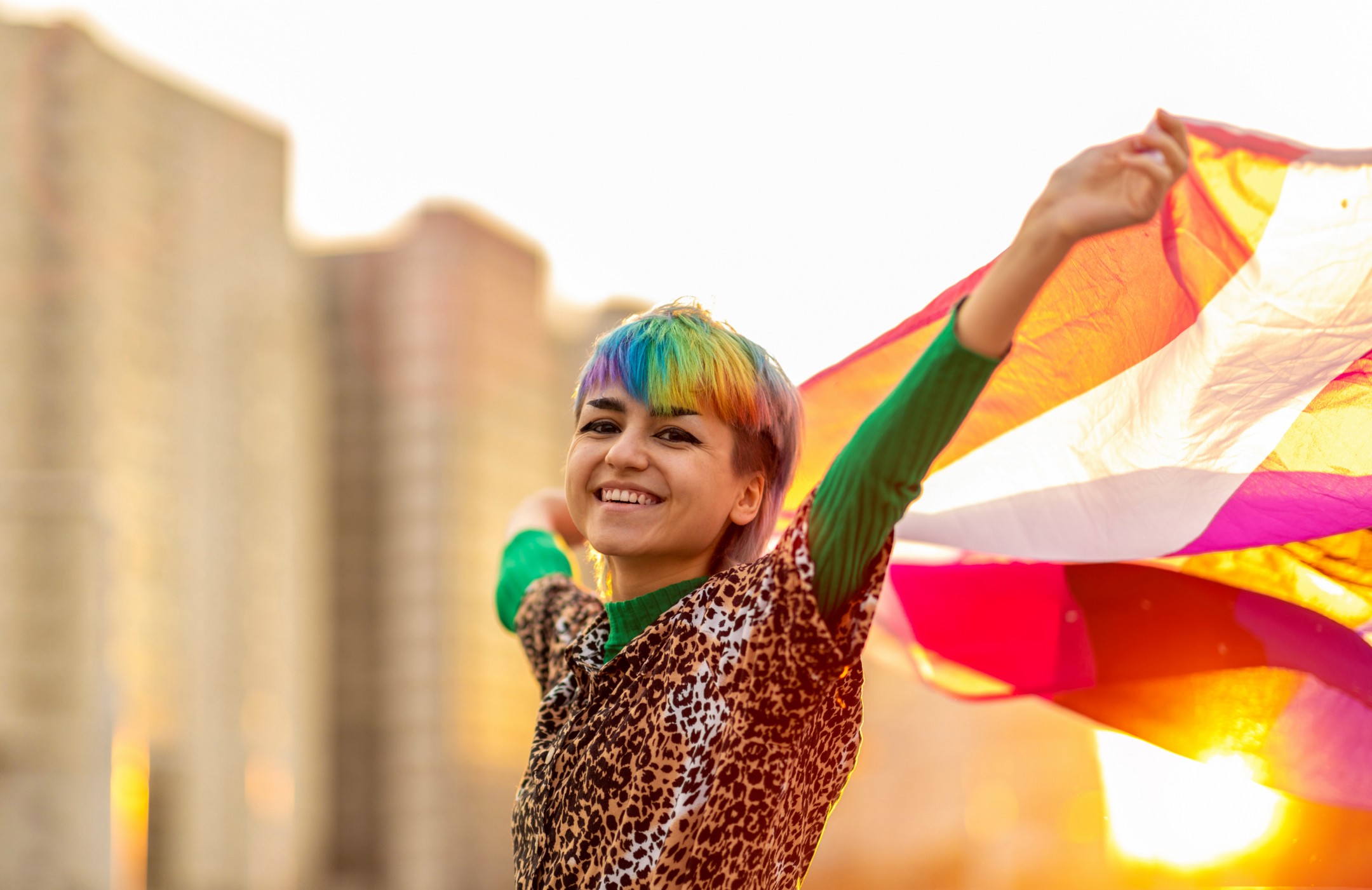 We've got information for you about LGBT+ related issues, dates of awareness events such as Transgender day of visibility, and other useful links -…